It was 28th July 2010 which is also Candy’s 22nd birthday. As it is also 2 years anniversary for my last time been to Majlis Daerah Simpang Renggam. I remembered last year I did post a blog stated 1st year anniversary of my trip been there on 28 July 2008. Here I would not forget to describe it again as it’s 2 years anniversary today.

As early as 9am on 28 July 2008, Shelley Kong, Jovie Low and me took a ride to southern region of Peninsula Malaysia which is Johore State’s Simpang Renggam that located 32km north from Johore Bharu. It took us 3.5 hours to reach the destination from K.L.
(繼續閱讀...)

It was 28 of July 2009 which is Candy’s 21st Birthday and 1 year anniversary of my trip to Simpang Renggam. As promised last 12 days post, i will post a new post in my blog today because there are 2 great things happened today.
1st one is my Candy 21st birthday. I wished her Happy Birthday as early as 9 am in the morning but she didn’t reply my message but i think she might be very busy recently cause even sometimes i saw her on msn but we end up can’t chat with each other. I remembered her birthday because i knew her birthday and her when i was in Form 4 where she came from Raub but i was in KL. We knew each other through a friend. This is because she is my friend best female friend.

Last time 2006, 16 of June i had joined Gomez & Co as an auditor. Then i had been working for the company for 3 months long. Throughout this 3 months i was very happy and enjoy working for the company. Moreover, my ex colleagues are so friendly and so take care of me whenever i had problem in dealing with audit.
1 month later, i had to go Simpang Renggam(Johore) to perform Government Audit for 5 days. All 5 days long i have been working with my seniors very hardworking and i have learnt a lot from them in Simpang Renggam. That time every day i woke up at 6 somethings to have breakfast and get prepare to work at 8.30p.m. At that time i was really happy cause i can stay at Bungalow for 5 days 4 nights. Moreover working there is quite relax cause my seniors always gave me simple job to do or do less job everyday. 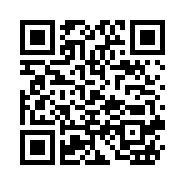